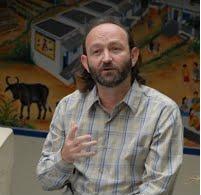 The first year of the Professional school got very good results. Despite difficulties in getting qualified Language teachers willing to come to rural areas, with the help of Spanish professional volunteers and our own small team we were able to run a good course during the year 2012-13. Before the year was over already 20 of the 40 students had secured well paid jobs in Bangalore, Chennai and Hyderabad earning between 2 to 4 lakhs a year. Last year the course was for young graduates from the villages and this year the course is for girls. This year the school is teaching English, Basic computers, French, Spanish and German. The youngsters who had secured jobs are very happy supporting their families in villages and also donating amounts to RYDT to help other children.

Thanks to the Sports and Cultural programmes of RYDT, rural Ananthapuramu girls and boys with and without disabilities are continuing to shine at State, National and International levels. Intellectually challenged girls have already participated and won medals in the Special Olympics in South Korea and now a group of Mentally challenged girls and boys are preparing for the Pacific Games at the end of 2012-13 in Australia and the Los Angeles Summer Games in 2015. In the different sports centres of RYDT rural youngsters are having the chance to learn and excel in different sports like Hockey, Football, Cricket, Tennis and other games. Boys and girls from Ananthapuramu are being selected for the District, State and International level. Internationally different foundations, particularly from Spain like Nadal Educational Tennis School, Sant Vicente of SPAIN, SANT CUGAT ESPORT F.C. (CATALUNYA)